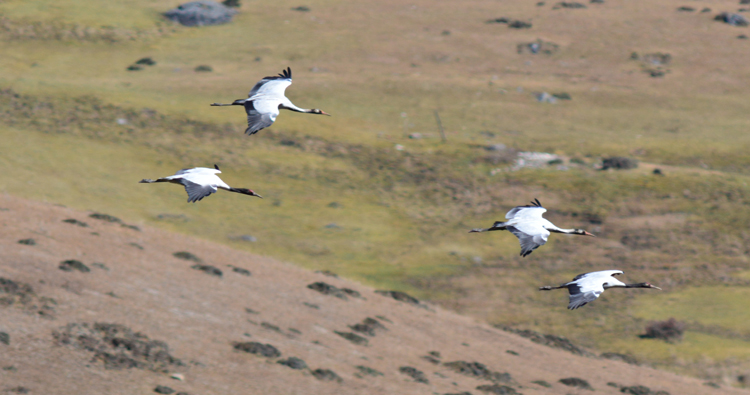 BOOK THE ITINERARY
Get sightings of some of the world’s birds that have reached the brink of extinction or are endemic to Bhutan only. Experience the delights of seeing birds like the Satyr Tragopan, Ward’s Trogon, Himalayan Monal, Blood Pheasants, Beautiful Nuthatch, Ibisbill, Rufous-necked Hornbill, White-bellied Heron, varieties of Wren Babblers, and others. Also see mammals like the Golden Langur, Common Langur, Capped Langer, Goral, Himalayan Black Bear, Golden-throated Martin and Flying Squirrel. Other opportunities include Bhutan’s places of historical and cultural interests plus amazing mountains, landscapes, flora, and unique lifestyle.
Day 1: Arrive at Paro
On arrival at Paro airport, our company’s representative will welcome you. After checking in at a hotel, we will visit the nearby places of cultural interest like fortresses, monuments and temples. After lunch, preferably around late afternoon, we will scour Paro river for Ibisbill. We may be able to see other birds like White-collared Blackbird, River Lapwing and Black-tailed Crake.

Day 2: Paro – Thimphu. (2 hrs)
We will leave very early for Chelela pass (3,890 m), a cool alpine meadow carpeted with beautiful alpine followers and stunning landscapes. This is the highest road point in Bhutan.

We will comb the area for pheasant species like the Kalij Pheasant, Himalayan Monal and Blood Pheasant. We will have sightings of Laughingthrush, Rosefinch and Grosbeak.

After lunch back at our hotel in Paro, we will take a three-hour hike to the Tiger’s Lair or Taktshang, a famous 17thcentury temple built on a sheer cliff-face. Towards evening, we take the hour-long drive to the capital city, Thimphu.

We drive to the north of Thimphu in the morning and then hike to Cheri monastery where, enroute, we hope to catch sightings of the various species of Laughing Thrush – Spotted, Chestnut-Crowned, White-throated – plus Rufous-bellied Woodpecker, Brown Dipper and White-collared Blackbird. We should be able to see Mountain Goats in the vicinity of the monastery.

After lunch back in the hotel, we visit places of cultural, social and religious interests, in and around the capital. These include Tashichho Dzong, the palace-fortress of the King, the world’s tallest Buddha, Folk Heritage Museum, and if time permits a traditional archery match at Changlimithang.

Today, literally, will be our communion with nature. We drive to Dochula Pass (3,150 m) where we absorb and savor the beauty of the mighty Himalayas. We skirt through forests of hemlock, oak, fir and oak besides an amazing array of rhododendron species. This mixed forest habitat spawns the beautiful Satyr Tragopan, a rarity of the Himalayas.  Other species we will come across include the Rufous-breasted Bush Robin, Black-eared Shrike Babbler, and Yellow-billed Blue Magpie, Fire-tailed Myzornis and Rufous-gorgeted Flycatcher.

We visit the exquisite fortress-palace called Punakha Dzong and head to our destination at Shaten inside the Jigme Dorji National Park.

From our base at Shaten camp, we scour the park for two whole days, primarily the river banks and the foothills, for what should be our opportunity to sight prized bird species. If lucky, we could even catch a glimpse of White-bellied Heron, a rarity with less than 200 alive worldwide. Another rarity found here is the Pallas’s Fish Eagle. Other species found include the Red–headed Trogon, Black-chinned Yuhina, Slaty-bellied Tesia, Chestnut-headed Tesia, Small Niltava, Forktails, Wren-babblers, Woodpeckers and Laughingthrushes.

Drive early to Phobjikha valley where, enroute, we will look for Ward’s Trogon, Yellow-rumped Honeyguide and other flocks of mixed species. We will stopover for the sighting of various species of Bush Warbler and Laughingthrush which dwell in the dwarf bamboos in the vicinity of Gangteyla pass.

The highlight of our visit to Phobjikha, however, is the Black-necked Crane. As the bird’s biggest wintering ground, we should be able to sight many. Afterward, we will visit the Information Centre for the crane and also take time to see the majestic 17thcentury Gangtey monastery, the seat of Buddhism’s Peling tradition.

On our way to Trongsa, our first birding spot is the Pelela pass (4,000 m) where high altitude species are often spotted. These include varieties of Finches and Bush Warblers, Brown Parrotbill, Spotted Laughingthrush and Himalayan Griffon. On reaching Trongsa, we take our lunch and visit the imposing Trongsa Dzong, built without a single iron nail. This palace-fortress has for centuries been the bastion of powerful governors whose descendents today govern the country as kings.

Birds aside, this is our opportunity to see the Golden Langur, discovered just about half a century ago and endemic to Bhutan.

This short stretch of forested area is a birder’s dream come true. These lowland forests have innumerable animal and bird species. It is yet another chance to spot the Golden Langur but we will be combing the area for the next two days mainly for Rufous-necked Hornbill, Great hornbill, Chestnut-headed Tesia and Grey-bellied Tesia, Spotted Wren Babbler, Pin-tailed Green Pigeon, Cutia, Scarlet Minivet, and an amazing variety of Laughingthrush and woodpecker. The sighting of the day, if not the entire trip, should be the extremely rare and much sought after birds appropriately named as Beautiful Nuthatch.

We return to Trongsa looking for species we may not have sighted when we drove to Zhemgang. Visit the Tower of Trongsa, a museum dedicated to Bhutanese kings, and take a leisurely evening stroll in Trongsa town.

On arrival in Bumthang, we have lunch and take a cultural tour of the valley filled with myths, legends, temples and sacred sites.

Towards evening in Sengor, we will be looking for the coveted Satyr Tragopan, as this area is well-known for its sightings.

Today, we will be entering the wet sub-tropical forests, a stretch that goes all the way to Lingmithang and is known in some circles as the “birding capital of the world”. It is undoubtedly the finest birding place in the Himalayas. The lush forests are home to several rare species. We will scour for Shortwings, Bar-winged Wren Babblers, Black-headed Shrike Babblers, Ward’s Trogon, Slender-billed Scimitar Babblers, Yellow-rumped Honeyguide, Barbets, Golden Bush Robin, Chestnut-breasted Partridge and many other rare species.

A quick morning birding will be done before we head further eastward to Trashigang.
On the way we stop at Korila pass where its forests of mosses and lichens harbor birds like Steak-breasted Scimitar Babblers, Long-tailed Minivet, Grey-winged Blackbird, Hoary-throated Barwing, Bhutan Laughingthrush, and Long-tailed Minivet.

Our next campsite is Morong. As the journey is fairly long, we drive early, to catch sights of Hill Prinia, Barred Cuckoo-Dove, Red-billed Leiothrix, flocks of Striated Yuhinas, Streaked Spiderhunter, Rusty-fronted Barwing, Orange-bellied Leafbird, Common Green Magpie and Red-faced Liocichla. Again, we have an excellent opportunity to see the prized Beautiful Nuthatch.

This trip will take us to the lowest elevation of our entire journey. Along the way, our target will be to sight low altitude species like Pied Falconet, Dark-rumped Swift (extremely rare), Pin-tailed Green Pigeon, Sultan Tit, Black-backed Forktail, Red- headed Trogon, Black Eagle, House Sparrow, several species of Cuckoo, Jungle Babbler, Grey-sided Laughingthrush besides many others.

As we travel to the plains of Assam, India, we will come across many species unlike those in the Himalayas. Along the way, we will be looking for species like Little Cormorant, Indian Pond Heron, Egrets, Black Ibis, Black Drongo, and even the very rare Lesser Adjutant and Greater Adjutant.

See off at the airport in Guwahati, Assam. 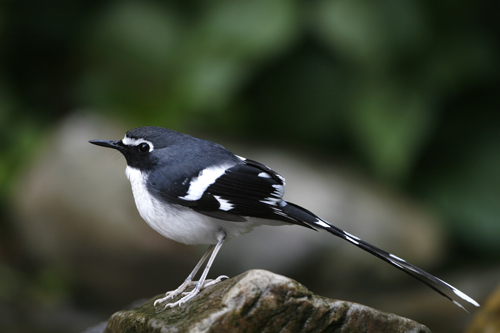 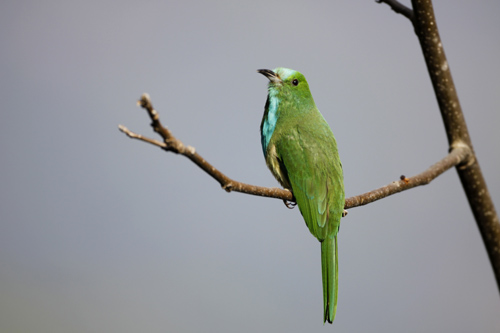 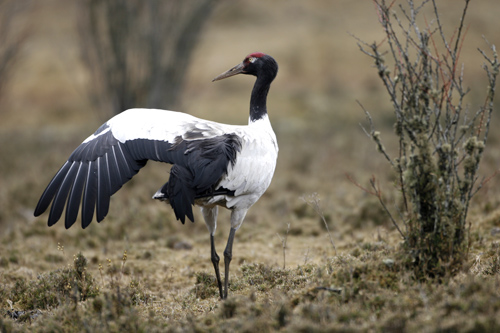 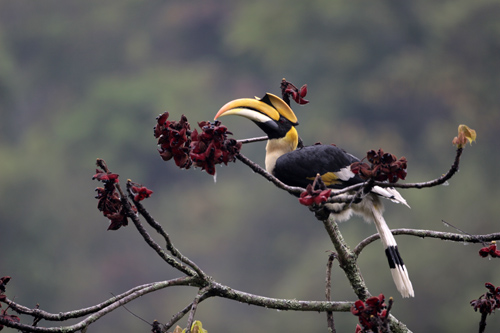 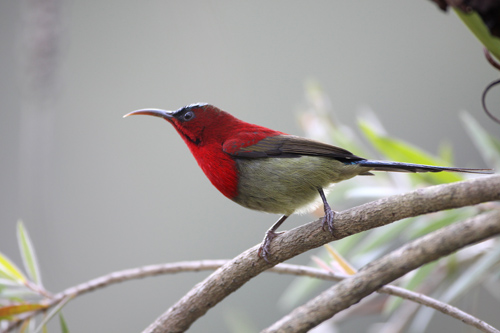 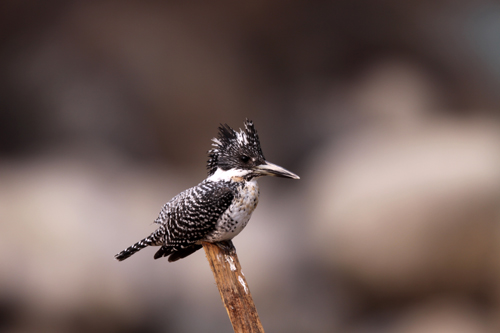