Glimpses of the Nomads 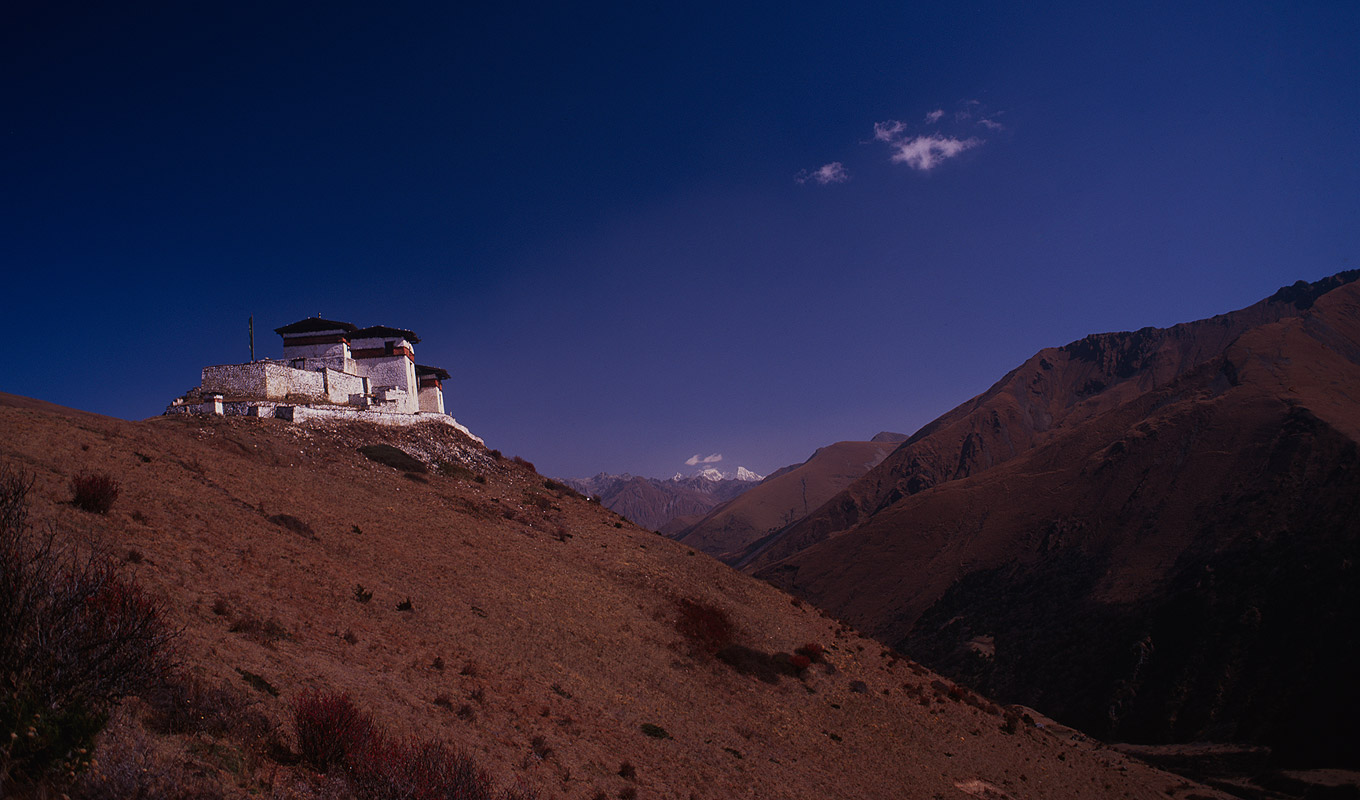 You can take the trek today easy as it is the shortest walking day. Shortly after starting you will reach a chorten below Lingshi Dzong. Here, you have the choice of staying on the main trail or taking a diversion up to the Lingshi Dzong (4,220m), which sits right atop a ridge. Besides a very special atmosphere of mystic silence Lingshi Dzong provides a great view over the valley. After Lingshi Dzong you will be passing the villages of Lingshi and Goyul. In Goyul, the stone houses are clustered together to a small compact village that is unusual in Bhutan where village houses are normally scattered. On reaching the campsite at Chebisa with a beautiful waterfall behind the village, you will have plenty of time to visit the village houses if you feel up to it.

You walk through a wide pastureland towards Gobu La (pass). On the way, you will see a few people herding yaks. There is also a great chance to spot large herds of blue sheep above the trail. After crossing the Gobu La (4,410m), you descend to the valley, then climb again a little bit, and descend again to Shakshepasa (3,980) where a helipad has been established. Climbing from here you will finally reach the campsite at Shomuthang, above a river, which is a tributary of the Nochu river.

As the walk is a little strenuous, it is advisable to start early. You climb up the valley to view Kang Bum (6,526 m) and some edelweiss. After two hours of climbing you will reach Jhari La (4,750m), from where you catch the first sight of Sinche La, the pass you will have to cross the day after. The big snow peak in the north is Gangchhenta 6,840 m, better known as the Great Tiger Mountain. If weather is clear, Tserim Kang and the top of Jumolhari will be visible. The camp by the river is called Tsheri Jathang. Herds of takin, the Bhutanese National Animal, migrate to this valley in summer and remain for about four months. The valley has been declared a takin sanctuary. Climb up a little bit and you will reach the campsite at Robluthang in a rocky meadow.

After crossing Sinche La (5,005m) – the last and highest pass on the trek in case you don’t intend to continue the Snowman trek from Laya onwards – you descend to a little stone house where a few Laya women – dressed in typical Laya costume with long pointed bamboo hats on their head – live and offer their weaving products. Right behind the stone house you will see an impressive terminal moraine and a glacial lake at the foot of the valley. You can see classic examples of the lateral moraines where the glacier has pushed rocks up both sides of the valley. Below the moraine, you cross the Kango Chhu and soon reach the Limithang campsite. The peak of Gangchhenta towers over the campsite even though it’s quite a distance away.

Today, you walk all the way downhill along a narrow winding river valley. After a long time, you again trek partly through deep forest. The trail leads you to the west side of Laya village. From the west of the village you will view Gangchhenta again and catch a glimpse of Masagang. In the village centre is a community school and a basic health unit with telephone connection. The campsite is below the school.

The trail winds up and down along the river valley of Mo Chhu avoiding natural obstacles and affording breath-taking views of the crashing river, feeder streams and water falls. Lots of ups and downs will lead you to Kohi Lapcha at 3.300 m. The trek then drops down to the large stream of Koina Chhu, where you will find the campsite of Koina.

Today you will have your last major climb of the Laya Gasa Trek. You will cross the Bari La (3,740m), after which the trail is all the way down till you reach Gasa village (2,770m), where you will find the first restaurants since starting from Drukgyel Dzong. There also is a campsite close to Gasa Dzong ( You will have to decide if you want to stay in Gasa village or descend for another one hourto the Gasa Tsachu (hot springs) and relax in the thermal water. The Gasa Tsachu is one of the most popular hot springs in Bhutan.

After a short climb, the trail winds through lots of ups and downs, through rolling hills and passes and pine and oak forests, villages and wheat fields. You will also see a beautiful view of the Gasa Dzong glued to the valley wall as if floating in space. You finally reach Damji with its well maintained campsite.

The trail descends from the high agricultural benches above the Mo Chhu into a lush semi-tropical gorge filled with banana trees, creepers and various tropical vegetation. You will also see monkeys and a few other animals occasionally. The road actually leads further up than Tashithang and will soon reach Damji. You can save about two hours of walking when you arrange transport from the current roadhead. 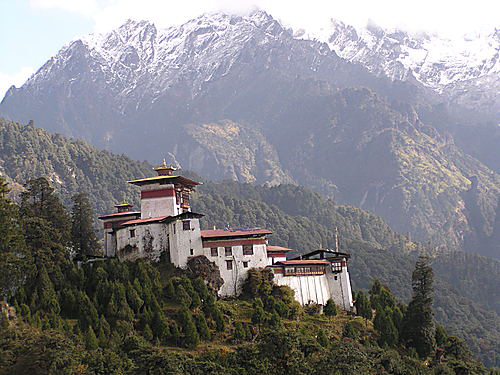 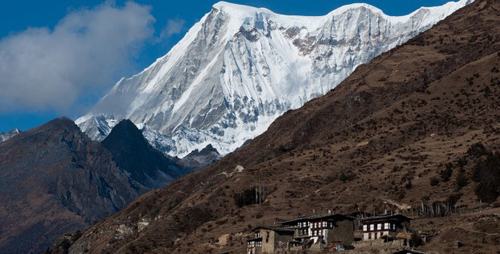